Well, we knew this news was coming. Motley Crue has announced that ‘The Stadium Tour’ featuring the Crue, Def Leppard, Poison, Joan Jett and the Blackhearts, as well as opening acts Tuk Smith and the Restless Hearts, has officially been sidelined until Summer 2021, due to the Coronavirus pandemic. The tour was due to start later this month in Florida. Due to safety concerns, and the ongoing pandemic, this news was expected today. The tour has been met sold out ticket sales for most shows, and a resurgence of the popularity of these 1980’s bands, most notably, Motley Crue. The band released the popular Netflix Bio-Pic, “The Dirt” last year, which was huge success. The statement today read as follows: 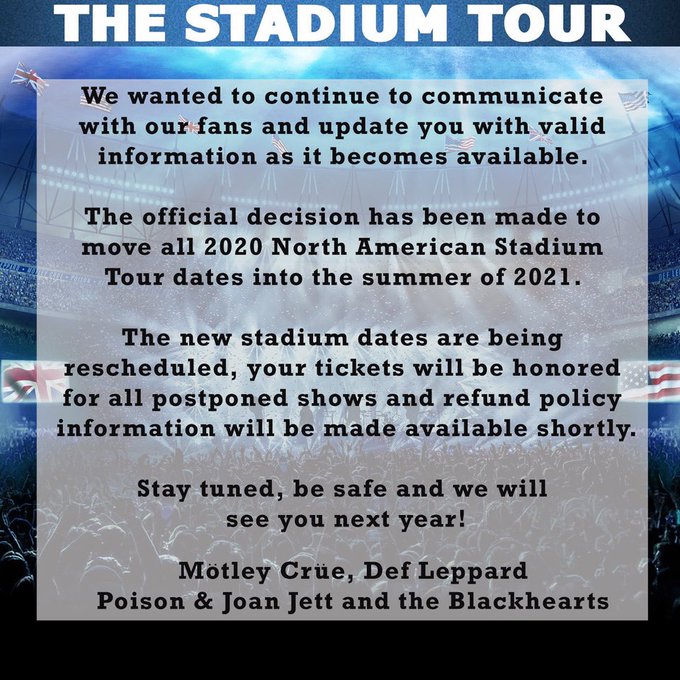